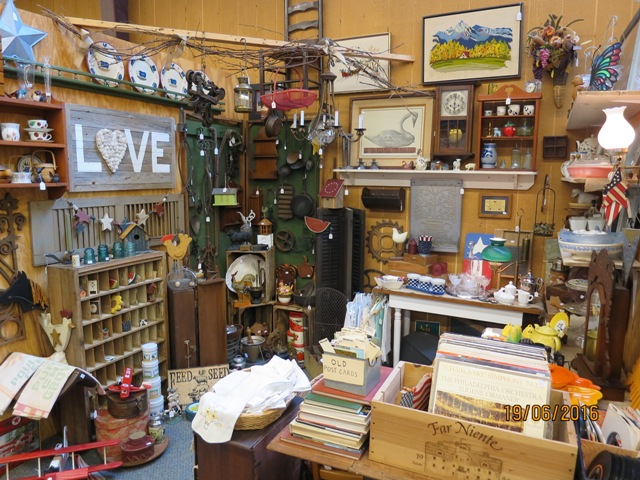 Hunting for them should bring one to the Caribbean wouldn’t it? Nope. Not according to us. Because while you’d have to dig high and low in the tropical heat of the Caribbean sun, you can do it a lot easier in Pennsylvania.

And we are not talking just about anywhere in the Keystone state.

We are referring to an ‘alley’, and one that is made up of a string of towns stretching several kilometers. As you probably can guess from the feature image, we are talking about vintage collectibles. The sort that appeals to the hoarder in us. You might recall that Mel have a love for antiques and history. They go hand in hand since there is such a story in each piece of vintage.

Go with an empty suitcase, who knows you might come back with it filled. We had that once, and the luggage was overweight on our way home…

So where is this alley? Did we find a lot of treasure in Pennsylvania? If we told you now it would be an anti-climax wouldn’t it? Nah, best left for you to find out more here in our little story!

Do you enjoy collecting old stuff? Or do you think its time to declutter and throw them out? What do you see as something worth keeping? 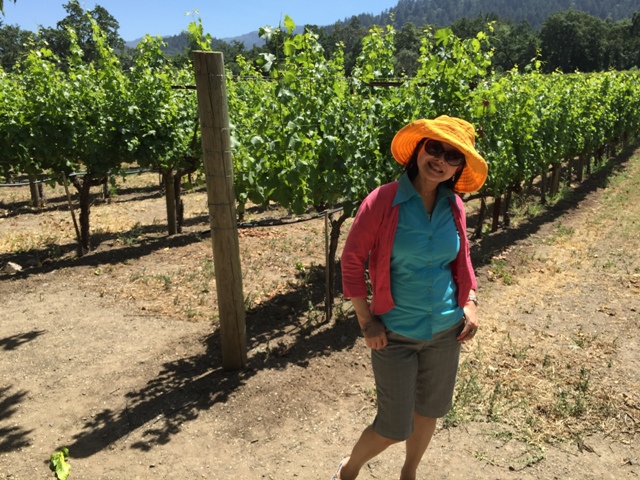 Wine. Don’t you just love it? That genius who found a way to make this beverage in northern Iran surely deserves to have a monument in our opinion. Now we are not advocating drinking, but neither are we probitionists. We believe a little moderation is key, like most things in life.

Some places in the world are blessed with the right combination of climate, soils and other geological attributes (water, landform etc) in which the fruit from which most wines are derived can flourish. Today we have wines from so many other fruits, but that is a story for another day.

You might have read in one of the back issues of our newsletter about where Shiraz wines hail from. Well, today we are sharing with you not that story, but one of our adventure into the famed California wine district of Napa. It has been unfortunate last year we saw so much damage in and around the area from the fires, and we hope it is recovering.

That will be mentioned countless times and we are sure you agree with us. Do you need to go on a wine tour with some of the operators out there? Or can you craft out a DIY schedule for yourself? We did the latter and combined it with a dose of touristic activities. We really enjoyed the short road trip. Read the full transcript of our little drive here.

Have you wine toured Napa before? 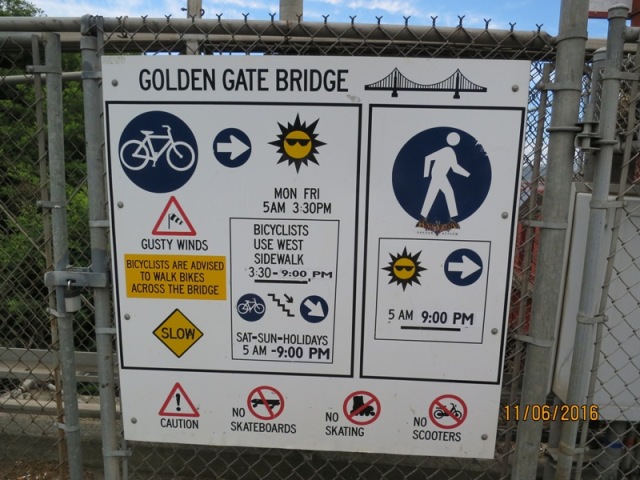 Walking the Golden gate bridge. One of the must dos when in San Francisco and the bay area right? You know the city was really windy to us. In fact, so much that even in the blazing sun of June we felt it could have been winter. Did you have that experience too?

And hilly. That was quite another thing. Because someone told us not to drive in the city. Why? Because it’s hard to find parking. Because it’s terrible traffic. Because there’s good public transport. So we took the well intentioned advise, parked the car in a garage downtown and walked, and took the tram where we could.

After clocking nearly 20km (that’s ~12.5 miles), our legs were sore. Now they say something about Dutch ladies having really well toned ahem because they ride bicyles all the time. So what do San Franciscans have? Toned legs? You bet if you had to walk like that all the time since the trams don’t drop you right at the point you want to be all the time.

Our short story here tells you just a little of what you might consider if you only have a short time in the city while our journalog tells you what we did. What would be your choice of things to do? 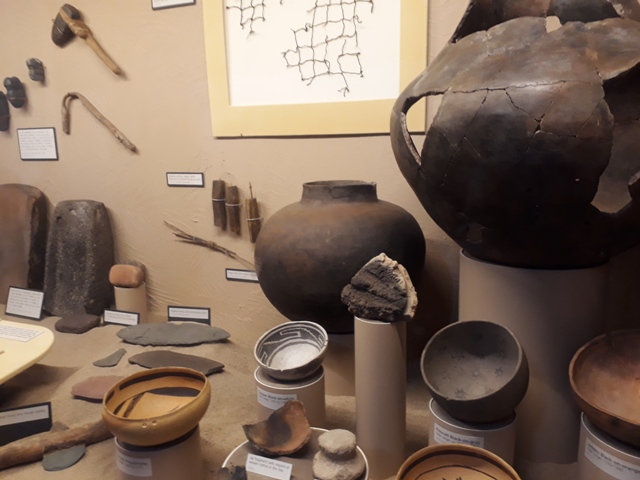 Depending on whether you are an anthropologist, archaeologist, historian or zoologist, we might get a myriad of answers. So, let’s state the question clearer : who were the first humans to come to the Americas?

Again this will be subjective.

For if we go back long enough to the last ice age, a land bridge (of ice?) was apparently connecting Alaska with Asia via Siberia. Folks are said to have made it across to seed the continents (if you separate north and south America) with peoples as diverse as one can imagine. Alternately, folks could have journeyed the Pacific ocean and landed in the Americas too…

So how do folks who’s forebears supposedly hail from the Asian continent become so vastly different? The power of the environment to alter genes, albeit over long periods of time. Yep, we are stepping onto a minefield here. With today’s advance gene research, we’ve come to a cross road where we can either take the path of trying to be gods or leave nature alone to do its miraculous work. Oops, sorry we digressed.

Today it is not about this topic but about adaptation. How humans ingeniously fashion, accommodate and mould the environment around them to eke out a living. It is all rather fascinating. That how humans braved the oceans (of water and ice) to seek out new lands. Why did we do that? Join us (read here) as we did some surface scratching on the history of native Americans.

What do you know about the history of Pre Columbian America? 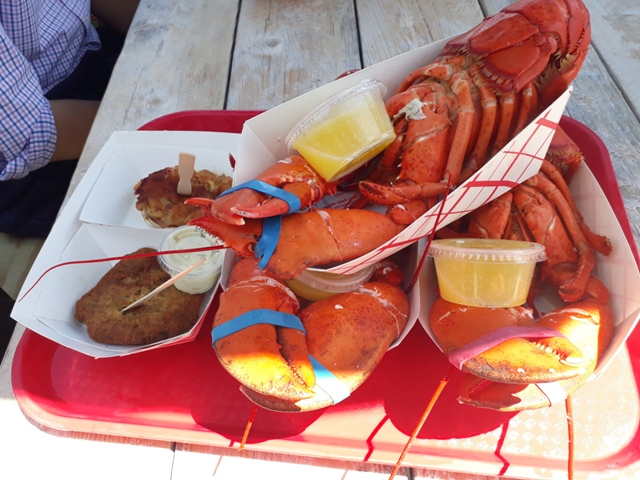 We pride ourselves in finding some of the best deals when it comes to seafood. Not in our little red dot but outside of it. Because it is simply too high priced in our opinion, along with a basket of other things… but we digress. The point of today’s post is to share with you how you can affordably feast on some of the world’s best lobsters.

Now why they gave it that name we don’t know. And folks in Maine might dispute that… But we know these species of lobster with its large claws is native to an entire stretch of coast all along the New England states. So plentiful that at one time workers in this area would detest it! Yep, unions in the late 1800s actually contracted their employers to limit having lobster on workplace lunch menus to a maximum of twice a week… or something like that.

Incredible right? We probably won’t mind having them daily… heheh.

Can you hear our stomachs growling at the thought and sight of these lobsters? Are they really that good with butter oil all over them? Hmmm…. yum. Let us show you where you can find them and take delight in gourging on them. Ok let’s be civilized, refinely eat them off your hands. Not only did we have the lobster fresh, we also had them on rolls and on the go too.

Doesn’t this make you curious about our little adventure in sussing out the best lobster deals? 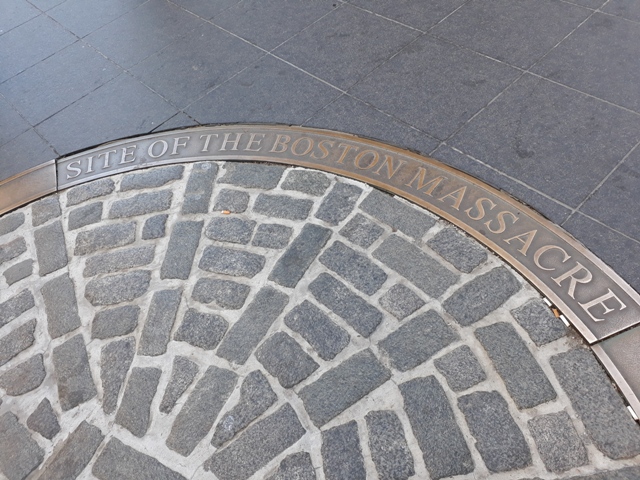 This is a real question to ask. Have you ever watched movies about parallel worlds and histories? For what would the world be today if the revolutionary war of independence in the US did not take place? How would geopolitics have panned out over the last 250 years? Where would we be today and would it be a multi-polar power world?

It is always written by the victors, with the point of view expressed by them. Such is life. The Chinese have a saying : 勝者為王敗者為寇 describing the parties in epic political struggle to establish dynastic control of China. Loosely translated it simply means the winner is declared the hero while the loser is the villain. Historiographers of those times run a risk of deviating from it (as they do now). That’s why you always read histories with a pinch of salt and seek out the context under which it was written.

And when you are in Boston, the founding fathers of the US are not just revered as heroes. They were visionaries well ahead of their time, and they were fighting to free themselves and the people from tyranny. But that’s the view from the winning end. How does the opposing side of that time view the sequence of events? Do you wonder about that too? And did you think the majority supported the movement for independence initially? It might surprise you…

Should you not ponder over these as you follow us on our walk along the freedom trail here while we explored Boston? Have you walked it too?