Going on a safari sends images of the big game 5 into most people’s minds. They probably picture the thousands of wildebeests being stalked by a pride of lions. Or a close knit family of elephants basking in the mud to “moisturize” their skin. Something like that.

Well, we have safari in Singapore too! There are even two! One of which is the subject of today’s essay.

The Singapore River Safari is located on the northern part of the island, right on one of the catchment reservoirs. Relatively underdeveloped, this is an ideal location for both the Zoo and its little cousins (the safaris) to house the many hundreds of species of fauna away from the bustle of the sky-scraping buildings and 50 storey apartment homes.

To get there, Taxis are the most flexible and it normally takes 20-30 minutes from the city if there is no traffic. However, if you happen to be at Ang Mo Kio  or Choa Chu Kang MRT stations, you can take the public bus that brings you right to the doorstep of the park. Alternatively if you are staying in the city, you can take the option of Safari Gate (call +65 6338 6877) or the Singapore attractions express (SAEx).They serve many of the major hotels and you can probably arrange them via the concierge.

We believe the best time to visit is in the morning of weekdays. While you may have to contend with package tour crowds, it is still better than crowding when the weekend throng comes along. One reason for recommending this timing is that when the crowds build , the park will limit the amount of time you can spend viewing the Giant Pandas. Click here for a photo guide of the entrance, buying the tickets and the overall park experience etc. These guys did a nice job showing how.

This was how we planned our journey and our recommended route (you can download the map from the Safari site):

The park used to open earlier at 9am, but it has since changed to 10am. So, you now need to consider if you want to have lunch in the river safari or outside where there is a food court (ie the common entry to the zoo, which is next door). Take note of the show times especially if you have kids. The Amazon talk at ‘Amazon Square’ is very educational for children and counts as a petting zoo as well…Suan posed with the Pelicans and loved the tiny baby hedgehogs…

Our view is that the Giant Pandas are the main attraction, not to belittle the other interesting creatures living on safari. We have heard of folks who were in the Panda forest only to catch a glimpse of them slipping back into their enclosed pens! To prevent disappointment, make two trips to the forest. Interesting nugget of information: Kai Kai (凯凯) and Jia Jia (嘉嘉) are yet to mate successfully and it was rumoured that they were shown sex videos (the Panda kind) to ‘facilitate’ the mating process. Kai Kai was also put through squatting “sexercises” to help him prepare for the mounting! Our country seems to plan for everything.

Did you know that the Giant Panda has a thumb and five fingers?

The better to grip bamboo to eat, so says Po.

And eat they do! 20kg is said to be their normal daily diet, and we are talking about per Panda. Imagine how ~15,000kg of bamboo would look like after they have been processed… well fortunately for the Pandas, the nutritionists also prescribe a healthy dose of fruits and vitamin tablets. And so they lounge around all day in the small enclosure of ~1600m² set at 18°C all year round. 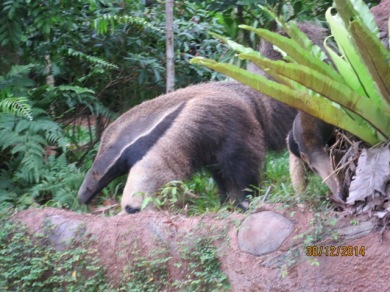 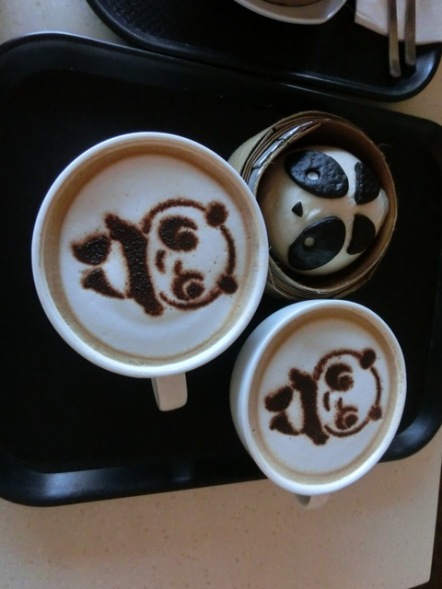 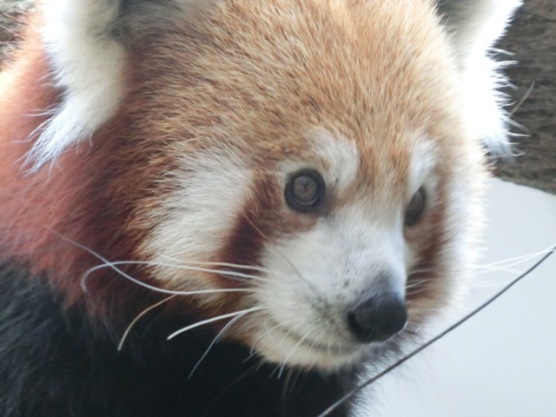 In the same forest there the Red “Pandas”. Now at first glance you will find it hard to relate them to the black and white ones. And they really are a separate species, more like a “bear-cat” or perhaps more like racoons. Growing to the size of a house cat, these guys climb all over the connected tree-like structures that the park has built for them. I am surprised that these guys eat bamboo too. However, unlike their cousins they will also prey on smaller mammals, birds, fruits and even eat flowers.

Did you know the red Panda was discovered 50 years before the black and whites? This led them to be called “Pandas”. And the name stuck.

Taking photos in awe of the Pandas can be exhausting. Before the crowd reaches the cafeteria, it is recommended to get there first? While Mama Panda Kitchen is not exactly a fine dining establishment, it does have Panda Buns…and Panda Latte. Not cheap, but simply a “fee” for taking your own photos. You can always try out the noodles and local delights that Mr Ping would whip up for Po. Or you can slip out for lunch.

With that, it is time to get away from the pandemonium and see the other sections of the safari, most notably the aquarium exhibit. You can ride the “cruises” for extra charge (S$5/pax) but we think it better time spent at the aquarium.

The highlight is not large whale sharks or that sort of thing, but rather the “sea elephants” – aka Dugongs in this part of the world. Really, they are related to elephants, it is their ancestors who made it back into the ocean like the forebears of the dolphins.

They call them Manatees in the US, and these two species are related. However Dugongs have fin shaped tail as opposed to the “paddle” like feature of the Manatee. We can tell you from experience that these creatures may look like lumbering giants but they do swim fast, 30km/hr it is said. We saw that first hand in Palawan when we snorkelled with them!

Lookout for the feeding session and take note how they hold up their paddle flippers like a human to bring food to their mouth! 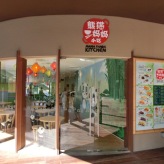 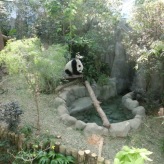 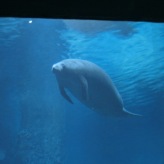 The aquarium also boasts of a large collection – go see the piranhas. Imagine trying to count them every day to ensure they did not escape into the local waters. Try not to use your fingers!

And as you wind your way out of the aquarium, you will end up on the “top” of the tank overlooking the swimmers below. Wasn’t sure if they run “behind the scenes” tours of the facilities, but hey why not ask? Could get lucky…

If you don’t mind the heat and humidity, then walking along the viewing deck connecting the two sides of the park is also nice. In front of you would be upper Seletar reservoir and sometimes you may see chinooks and apaches from the nearby military airfield coming over for a spin. Other times, flocks of egrets and other aquatic birds converge and roost by the banks of the reservoir. Benches available on the deck so you’d have time to rest and soak in the views.

The reservoir is set in a catchment area, a nature reserve where no development takes place. Probably more than one quarter of Singapore is still green, if you look from high enough (and we have recommendations for that too). Now, we are a tropical island and so rain is not unexpected. They come and go. And so too the scene that plays out in front of you as you sit on the benches. Nice.

We have sort of neglected these, as they are merely large fish tanks to us. However for those who are fascinated with riverine creatures and habitat, we have to say the safari did a pretty good job of recreating the environment they exhibit. Remember these are all in the outdoors, though fortunately the park designers had put up tarp structures that shield out most of the sun and rain. Yes they are completely connected and you do not need to scurry across any openings in the tarp when it pours.

See the Indian Gharial with its elongated and thin jaws ending with a snout (males only) whose main diet is fish (piscivorous). We could not take a photo of the Chinese river sturgeon, but it’s a must see!

And we did not mention the squirrel monkey forest so far, an enclosure where the free ranging troupes monkey around. Its also worth the look around but we do not recommend you stay too long.

You must get really exhausted by the time all of these are concluded. Very nice for a day out with children. They will sleep like babies at the end of the exciting day! For those that still have residue energy, head back to the Panda forest and take time to ponder what the Pandas are doing. Stay as long as you can, enjoy the cool 18°C. We did that and,

the final feature of our post is a video of Kai Kai scratching his ass! Enjoy,

What a way to end the post with this blooper.