This story is focused on two castles.

Both are ruins. But that’s not the only similarity. Like countless other fortifications, these two have endured the test of time. They have undergone sieges, weathered the elements and risen back to become tourist attractions. But with differing levels of “fame”. So here goes with the first one, one which a town took its name,

Heidelberg castle, at home in the university town 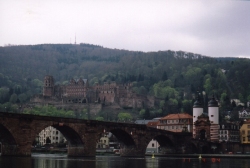 After we had enjoyed a thoroughly wonderful drive along the Rhine river (here), it was only natural to continue seeking more castle stories. And Heidelberg is one place we had to be. This castle was built not so much as a fortress alone but also as an abode for Kings. Well, Kings in waiting at least. 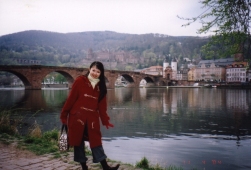 We drove straight into Heidelberg from Schwetzingen (where we had stayed overnight) early in the morning. By the way it was really a charming place to stay for the night and spend a little time, because it is the capital of white asparagus to us. Just remember the season they are available is in spring. There were literally vendors everywhere hawking various “grades” of the vegetable.

So we digressed. Anyhow. 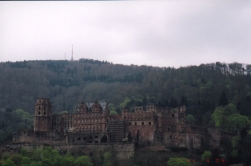 Our aim was the get the maximum amount of time at Heidelberg castle, set about 300 feet above the town. Yes, the castle is itself on a hill and overlooks both the rest of the town plus the Neckar river that runs through. To get to the castle, normally one can take the funicular. But it was closed for renovation when we were there, so we took the local bus with a 15-minute journey. 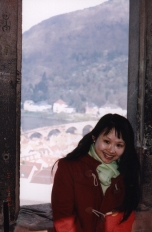 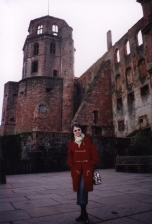 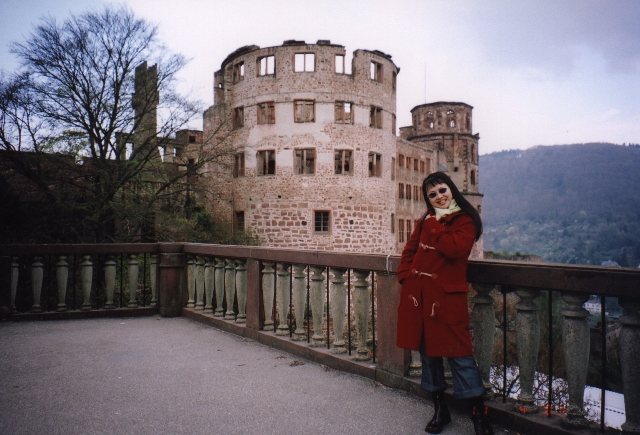 From the castle, you get a nice panoramic view of the old city of Heidelberg. However, the best thing to do is to cross the river and climbing up the opposite hill along Philosophenweg. There is a pathway near the bridge that leads the way up. Do not attempt to drive this teeny tiny road. The road is small and congested with tourists walking up. There is no place to make a U-turn!! You cannot imagine the number of dirty looks we got trying… 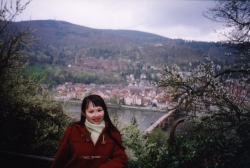 Tip: in Heidelberg there was really limited parking, though there is an underground garage in the center. Perhaps you might want to reconsider trying to get to the castle by car and opt for a full public transport approach. 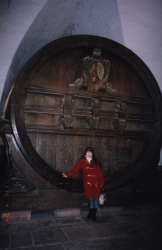 Now the castle is in ruins, but it has managed to maintain a beautiful facade. Today we are fortunate to even have this leftover. Because it nearly burned to the ground in 1693. So it is not a surprise that only a wall with the windows remain. But at the baileys, one can still ascend it for a view of the river and old town. If there was one other thing to note, it was that huge wine vat which is said to be the biggest one in the world. Housed in the castle it is said to have taken 130 oak tree trunks to construct it. Maybe this was used in the past to serve wine to the soldiers and knights of the day… Today lots of tourists come instead. And perhaps instead of wine it might be beer that is being served today. 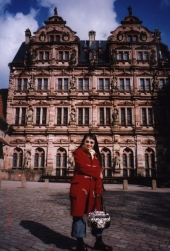 Did you know that lightning also destroyed part of this castle? Not once, but twice! Who said lightning does not strike the same place more than once? The moral of the story might be, don’t keep trying to fully rebuild the castle. Someone obviously does not approve! Thus over time the castle crumbled from neglect and fell into a distant memory for most. 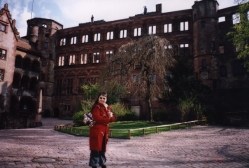 But something changed in the 1800s. Caught in a tide of romanticism over castles of yore, Heidelberg rose from the ashes of obscurity particularly when Mark Twain made references to it in his novel. So you see this castle became famous once again. And today many thousands visit daily. 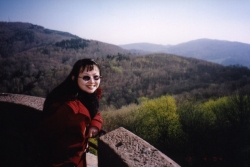 Yes this is the translation of the name Auerbach from German according to Google. Our story of this castle was an accident. No. Not that we got into a fender bender, but that we came upon this little gem by sheer luck. It was morning, and we had just started our return leg to Amsterdam (of about 500km). On the way back, we saw a sign posting for a castle and made an un-scheduled stop. 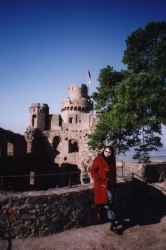 This is something we did back in the day. As we said, no Google and information in your language was scant (at least not translated). So we often relied on a ‘hit or miss’ approach where we’d make impromptu diversions in the vain hope of striking it rich a gem.

We did not expect to find the castle in Auerbach that is located on top of a hilly stretch. It was quite a long drive in the forests before reaching the castle though. You know the feeling of foreboding that you’ve just gone on another wild goose chase? Yeah, chasing wild geese that can fly isn’t very smart unless you have a rifle. And we don’t. So it was a cheerful surprise when we saw a glimmer of stone from a distant. First a tiny speck, then it opens up. A castle in plain sight! 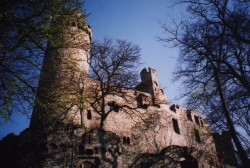 Again there was nobody at the castle to regulate entry and we walked right in, for free…2nd time lucky (read here for the first). From the top of the castle, you can see into the horizon of green – perhaps to the Black Forest! Not true. A nice curious tree has grown up on the turret of the castle wall. It seemed to have survived very well… And because it appears sturdy we decided to climb up to the turrets and watch tower. 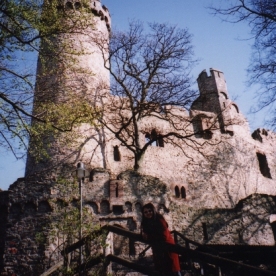 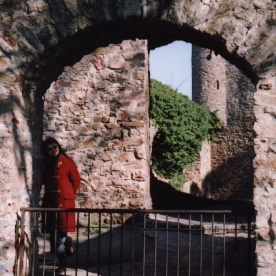 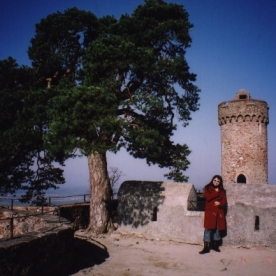 Like the many castles elsewhere, this fortification was built to not just protect their owners but also as base to collect toll. Yeah what’s new. Seems like we mention this all too often in our handprint stories of Germany. But it fell to disrepair after destruction in the late 1600s in a story not unlike many others. Quite some effort were made to rejuvenate and rebuild the castle but without much success. Perhaps it’s the location. For ease of access is one sure way for many a tourist to stop by. The old adage “location, location, location” seems to be absolutely true. 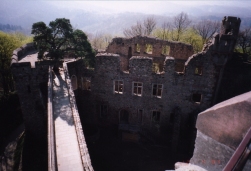 an you imagine staying in an inn here in the early 1900s? Because there was one here before. Despite the apparent lack of success it does not seem folks here lack the will to keep trying for we saw that the castle was in the process of being restored, lots of scaffolding in the interior of the castle. We can suppose that the next time we come it will collect payment for visit. 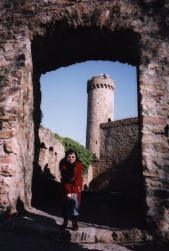 While we ultimately did not eat there, there was a small restaurant. In fact, five minutes after we arrived, there was a few cars bearing visitors that headed straight for the restaurant. We were on a tight schedule and wanted to drive all the way towards Cologne before having lunch.

All-in the castle was a relatively unknown, though today it hosts dinner parties and tournaments re-enacting knightly jousts of old. What a stark difference from Heidelberg!

So, there you go. Two castles. Such different fates.

This story is not just about the castles and the photos. It is also about life. Think about it. We are all like the castles. Throughout our lifetime we will face numerous trials and tests, some of which may ‘cause real damage’ and lead us to fall into derelictness (if there is such a word). Some of us break out of the mould and go on to achieve some form of ‘fame and fortune’. Others trudge along life, living it peacefully and tranquilly. Yet some yearn to be rebuilt into something of lasting glory…

Whatever the castle you aspire to be, be steady like a real one.

This journey took place in April 2004

3 thoughts on “A tale of two castles”