Because this is one of the most visited cities in the world, there is no point in trying to tell anyone what to see or do here. It changes all the time as new fads and fascinations come into mode. Instead, this essay will attempt to weave a story around our experiences of exploring this city over the quite many times we came here over the course of three years while living in Amsterdam.

First up, transportation. You have to hand it to the Parisian authorities to have done a reasonably good job of complementing the metro, RER and network of high speed rail connections not just within the city but also far afield. Our first visit to Paris was via the Thalys, a high speed rail service that starts from Amsterdam. In barely 3¼ hours, we arrived at Gare du Nord. From there it is an easy connection via the metro to most parts of the city. Well, it is with this mode of transport that we made our own way to the Eiffel tower. 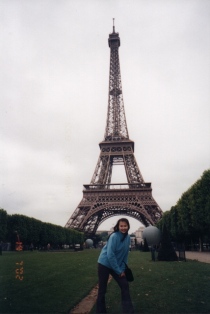 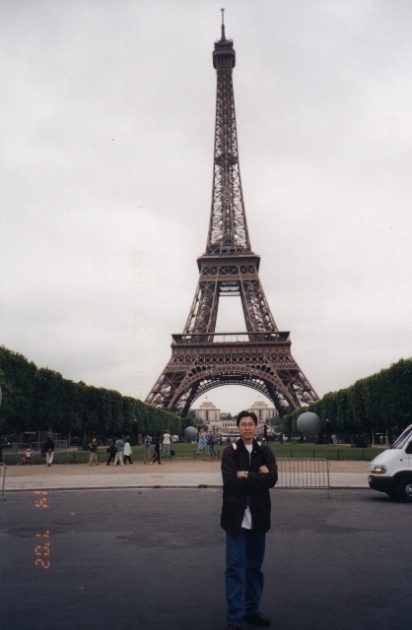 At 324m high, it certainly afforded views only a 80 storey tall building can. And because all around it there is a building height restriction from 1977 limiting buildings to a height of just 121 feet! Yes that has been lifted since 2015, but the area around the vicinity (13-15th arrondisments) of the tower may not easily be converted just yet into skyscrapers to rival this grand old dame of the city. Plus the fact that so much of old Paris’s museums and parks are located within a radius of 3km means we should continue to have unobstructed views of the city! Hooray. Hope that was a good piece of information for you.

Now all around this old city that the Eiffel is part of, snakes the winding Seine river. You know when we walked parts of it in 2002 it stanked! Yep, it must had been the sewerage. Cannot imagine how the waters of Seine are (and we heard it has since improved), but a cruise along it is another activity to be considered!

The cruise passes the Ile de la Cite, where the Notre Dame is located. See it from the river cruise boat before stepping “ashore” to plant your flag and claim the cathedral as yet another visited place! 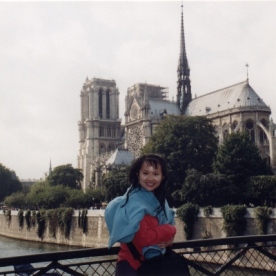 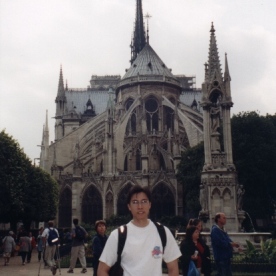 As the location of one of the oldest part of the city, this cathedral was rebuilt in grander form when its predecessor was demolished. It has certainly stood the test of time, weathering amongst such events as the French revolution (where some desecration took place) and the German occupation of WWII.

Yes while in Paris it is unavoidable to bump into one at probably just about every other corner (ok exaggerated), especially if you are in the vicinity of the Notre Dame or Eiffel tower. Unless you opted to get around everywhere in the old city underground (which you can), then you’d run into the likes of the Rodin, d’Orsay etc. W 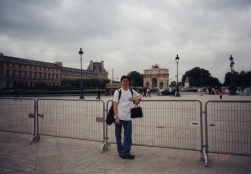 ith the most famous of them all right by the Seine – the Louvre. To be perfectly honest only Suan has been inside this museum. Mel has not, and did not want to because the crowds were simply too long. Perhaps someday when we have a few days to spare for museum hunting we will spend half a day here. That said, we do encourage you to go, if only advise you to be there early – as they say about the birds getting the worms. 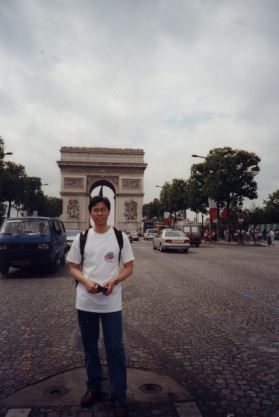 Go climb up there!

Recently we read that it is the latest fad to climb up to the top of the Arch de Triomphe. The 280 steps up to the top will afford fantastic views all around. Built over 30 years from 1806, you can all of the Champs-Elysees on one side, savor the views of the Eiffel on another while Sacre-coeur beckons on the other side.

Well not everything should be about the center of Paris. Take time to see some of the newer parts of the city, such as the new grand arch at La Defense. Or better yet, make your way out to the southwest part of Paris to see the world renowned Versailles palace. We made two visits – once each in summer and winter to see how the different scenes plays out at the palace in both seasons. Read more about our observations here.

Alternatively, Euro Disney or Disneyland Paris (opened in 1992) as it is popularly known is a must visit for those seeking for the happiest place on earth. Today it serves that purpose for a large number of people across the European continent. Aside from the park, there are numerous Disney hotels that one can stay in. Read more here about our adventures in this happy place!

Paris is indeed a city that ought to be in on anyone’s travel bucket list. It may not be perfect, but it is definitely one city to touch and feel for yourself. In this essay we have not made reference to gastronomy nor shopping. Both are activities that would fill volumes and we certainly had our own share of hits and misses. No amount of reading or listening to some blog post is going to help.

Go there yourself and experience it.

PS: one of the other places we did go was to Fontainebleu, famed more for its academic institution (INSEAD) these days. But in the past it was a royal hunting area with its vast forests. Today Parisians make their way there to enjoy the verdant forests. The other thing to see here is the old chateau that belonged to the French Kings. Did you know Napoleon resided here when he ruled France? While it is some way to get to (its ~55km from the city), it is a wonderful place for a day trip from Paris. 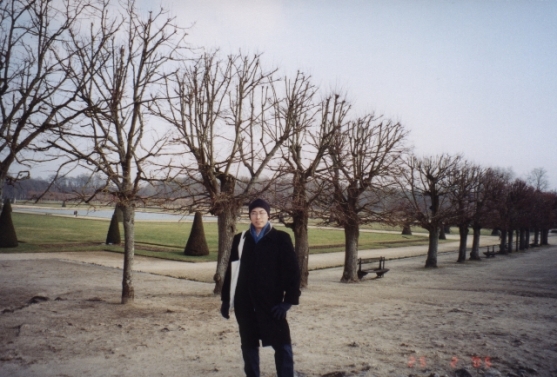 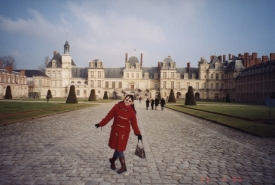 7 thoughts on “Paris, most romantic city?”