As a young and dynamic economy, Vietnam is developing very fast. Fortunately, there has been foresight to set aside national parks to preserve and ensure that future generations enjoy their national treasures. It is such that we spent a few days in the setting of the Van Long nature reserve exchanging our timeshare points for an affiliated resort.

We were lucky. For this window of being able to exchange this resort was over just one year after this journey. And with that we also lost the opportunity to be at the mountain Dalat resort too, but hey that’s life.

Set amidst lush green Padi and waterways, the nature park is a welcome respite from the dusty roads and construction filled towns and cities of the country.

Located about 100km to the south of Hanoi (we have a story there too – here), Van Long is a 3,000 hectare reserve and said to be the largest in northern Vietnam. Our journey took 2 hours by road and it was such a contradiction. As we come into the reserve we were first greeted by the largest cement plant one can ever imagine. It was immense and they are said to be quarrying stone from the nearby mountains. And it was whipping up a lot of dust. Hopefully not into the reserve we were going to we thought quietly.

Fortunately, no. But for some it might also be unfortunate for there is

We came to our timeshare resort which one can say that it was truly set in the middle of nowhere.

The Esmeralda resort is supposedly eco-friendly and the suites are organized in circular clusters of five. Each cluster has its own mini pool, so for those too lazy to walk it is a godsend. If only the weather was better. Do not come expecting vibrant nightlife or swanky hotels (not yet anyway). It gets really dark and quiet at night with only the wind as your companion. Romantic huh?

It has a beautifully constructed central building which serves as the reception and it looked like a palace building replete with water features. In fact if you walk around it you might think you are in an ancient fortress. We were probably here during a low season as there did not seem to be many other guests. All the better. But it was raining intermittently and we did not swim, though there is a large in-door pool that was heated and most folks had gravitated there. 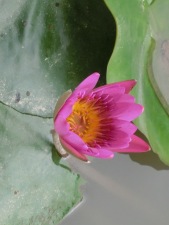 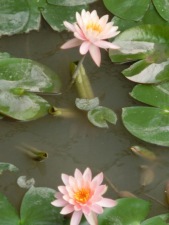 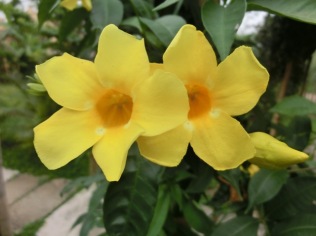 Now we were supposed here for a quiet getaway, but we could not resist getting out of the resort because we heard about, 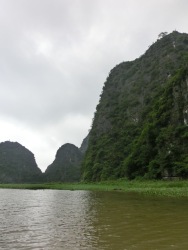 Not exactly all land, we were headed to the Trang An waterway. Despite being a nature reserve, it is not all uninhabited. The area is still home for many locals, who continue to farm and harvest the bounty from the waterways that criss-cross the entire region. The waterways here serve as reservoirs to the north of the country too.

It is also said to be one of the most bio-diverse areas of the country – boasting of 39 species of various birds, reptiles and fish. We did not get to see any of the endangered Langur (the white breeched specie), a type of monkey primate. There are said to be only 50 of them in the world! But we did get to see many goats roaming the rocky outcrops. Remember we said they eat almost anything?

An interesting arrangement that seem to pervade across Van Long is that there are designated wharfs where you take the boat ride into the wetland. We were told these were concessions granted to communes. Sort of like a benefits sharing agreement, such that local folks are not edged out from making a living from the invasion of tourists. Depending on which one you choose, the route of the “cruise” will be different and length of the ride differs. Some can be as long as 4 hours though not for us. Where will you find a bathroom?

And whichever you choose, you will have a lady (rarely a man) row the boat with her legs rather than with the arms. This probably explains why they can row for such a long period of time. Imagine rowing a dragon boat for an hour. We are sure the arms will be sore pretty soon. Boarded a boat that only carried the two of us – sometimes you might need to share with as many as 4-5 others as we saw along the way.

Tranquil ride in the cool morning

Try to do this in the early morning before the busloads of tourists arrive from Hanoi or other parts of Vietnam. It can get really busy on the waterway and you will be photobombed. Pass through limestone caves right under the hills – sometimes you need to keep your head really low. Or take the risk of knocking into the roof of the cave. Fortunately the waterways are not deep (mostly ~1.5m) thus falling in the water is not as risky as may be elsewhere though we take a disclaimer on that.

As we floated along, we saw padi along the banks of the waterways. People actually farm here a species of rice that is resistant to being waterlogged. They collect padi snail as delicacies, probably influenced by the French (ok someone verify that).

Our boat woman claimed to have a stretch of 300m of padi along the waterway. Now that’s wealth in local terms. Towards the end of the boat ride, it was customary for the boatman/woman to pro-offer a spread of local handicrafts and fabrics. We decided not to purchase any and gave a tip instead.

Taking a walk in the padi after the waterway boat ride is nice way to work off the great food that you can have in Van Long. You can probably consider Van Long to be Halong Bay on land. Just imagine the green padi as the sea and you’d see the resemblance. Pretty picture huh? We wondered how all this will look like from the air though… 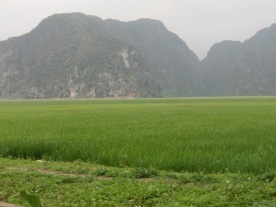 While there was encroachment from industrial quarrying of limestone (we mentioned the big quarry just 10km from the nature reserve), 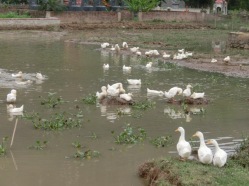 the air and water remains relatively pristine (except around the quarry plant). And what’s more, you can be quite assured that the water is clean – enough to raise ducks and geese. These birds can sure be picky about the environment they live in and can be said to be “canaries in the mine”.

For sure there are more to do than the waterways. Such as visiting the caves and temples.

Did you know that Hoa Lu in the midst of these waterways was once the imperial capital of Vietnam in the 10th century? We visited Hoa Lu temple, the seat of the ancient royal capital of the Dinh and early Le dynasties. This site in the midst of hills and rivers was a very defensible location, though not much is left today. You might know that for well over a thousand years, the north of Vietnam (known as Annam in the old days) was a troublesome imperial province of dynastic China.

Local leaders sought to free their people from the yoke of dynastic rule and established the foundations of the Vietnamese nation. And this is one of the seeds from which the Vietnamese nation sprang forth. Yes you will still see vestiges of Chinese influence, for Vietnam only adopted its current Romanized writing system from 1918.

Another nearby site to visit is Bich Dong Pagoda. It is not a pagoda as you’d expect – ie an erected building of many floors like in China, Korea or Japan or even elsewhere in Vietnam. Rather, it is a series of buildings carved against stone at different heights of the limestone mountain. It takes 150 large steps to climb up this mountain side and when you get to the top you will be ‘rewarded’ for your devotion.

Bich Dong means “Jade Grotto” in Vietnamese and is one of the holy sites for pilgrims all over. There are separate shrines dedicated to the Buddha and Guan Yin (“Goddess of Mercy”). And we weren’t the only visitors even if the photos make it seem this was the case. For behind the photos were throngs of Vietnamese tourists making their way up.

Skill, that’s what it took to take photos without being photo bombed. 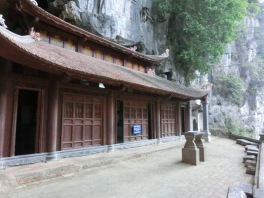 Of course coming to Van Long is well complimented by the food that is on offer. With a strong tradition developed from French influence, the baking standard of Vietnam is exceptional. Croissants and sweet breads that grace the breakfast tables could be mistaken for being imported from France! And then there is local cuisine, surely not to be missed with all the fresh ingredients that can be had from all around.

While you are at it, make sure you enjoy the local specialty dish of goat and chicken. It is said to make you “strong”… and will leave you to interpret that. This was certainly a very different side of Vietnam compared with the cities. It opened up a whole new view about the country for us.

This journey was made in April 2013