The Silk road was of course not just a route where this precious fabric was traded. Many exotic and luxury goods made their way – in both directions too, such as spices, dyes and ivory along with animals too (said to include lions, leopards etc).

The trading was performed by merchants leading caravans, and most likely were exchanges between the oasis towns and centers across the mostly inhospitable mid Central Asia as one can see in the illustrated map. The goods would have changed hands several times. It might had been challenging to complete the entire route from Rome to Chang An, though that possibility cannot be ruled out entirely.

Where we ended in Part 1 (here), we were in Dunhuang, the western-most reaches of Chinese political and cultural influence. From here on, we were moving closer to China proper. The cities and towns we visited was the scene of much conflict, changing hands numerous times over the last 1500 years. This area is known as

Leaving Dunhuang, we will be moving into an area that is a narrow strip (~1100km long from Yumen玉门 to Lanzhou兰州). It is sandwiched between two natural barriers : the Tibetan plateau to the south, and the mighty Gobi desert to the north.

Strategic indeed this stretch of territory still is even today, it was fought over repeatedly between the Chinese and the nomadic peoples. Initially the area was dominated by the Xiong Nu (匈奴) tribes, but this changed when the Han dynasty set out on military expansion towards the west following the failure of diplomacy. As elsewhere, the Chinese set up military garrisons or outposts to assert their continued supremacy and this was no different here. 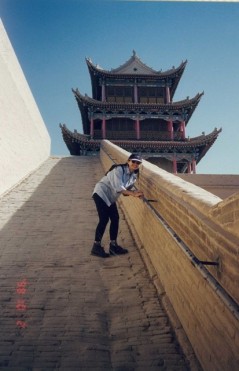 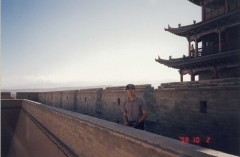 We are now at the western ends of the Great Wall, though much of it now lay in ruins from the constant erosive effects of the harsh environmental conditions. One can definitely catch sight of them as we drove the hundreds of kilometers.

For the dynastic rulers of China, a string of fortifications had to be built and military colonies established to exert their power. One such mighty fortress is Jiayuguan (嘉峪关). It looks very well preserved, because the fortress was only built during the Ming dynasty.

Located at the narrowest point of the Hexi corridor, this structure is considered the grandest of forts built along this route.

And magnificent indeed it is. It’s strong walls looked impregnable and impressive from a distant. Wide slopes lead up the walls, built to facilitate horses galloping up!

It was also considered the point of no return for exiles leaving the middle Kingdom. For us it was fun to apply buy for a “passport” to cross the border…not that we can return though.

As part of the journey, one will begin to see a lot more of the familiar temples and pagodas as we head towards the eastern edges of the Hexi corridor. And we made a stop at Zhangye (张掖), yet another outpost along the trade route established by the Han dynasty. Said to be the location of China’s largest reclining Buddha, the city was commercial port. 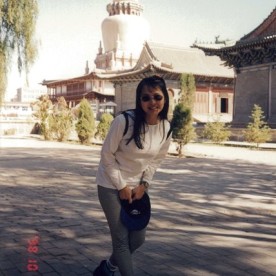 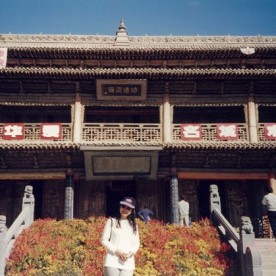 Some literature suggests that Kublai Khan, the founder of the Mongol Yuan dynasty of China was born in the Great Buddha temple here… well there appears to be some historical linkage here because Kublai’s wet nurse was a Tangut lady. And in those days, Zhangye was part of the former Tangut empire before its conquest by the Mongols. But then, we could not verify this. Perhaps someday when we have time to delve into the books… 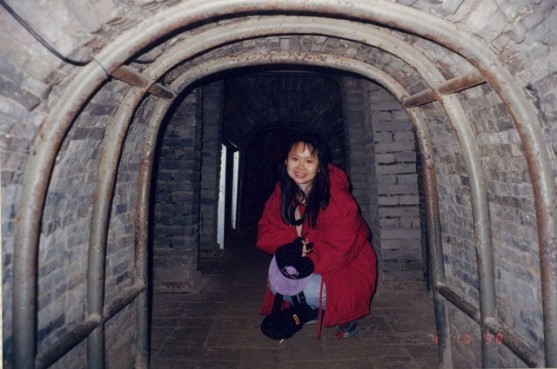 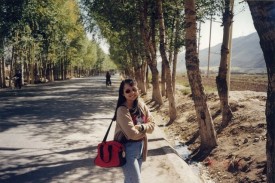 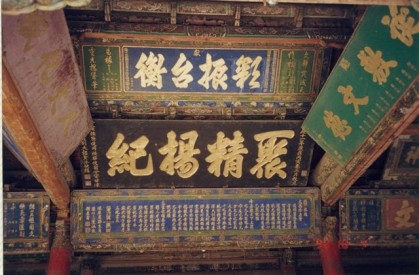 Just a little further down would be Wuwei (武威). Said to have already been inhabited 5000 years ago, the city was the staging ground for the Han dynasty’s westward push. Evidence of this was the accidental discovery of a Han general’s tomb in 1969. One of the most renowned artefact recovered was a bronze figure of a horse threading on a flying swallow (马踏飞燕). This summed up the ancient Chinese penchant to acquire strong and fast horses from the western regions in ancient times. Because the reputation was that the horses of the nomads in the west were as swift as the wind, faster even than the swallow!

Coming finally into Lanzhou, we meet up with the Yellow river (黄河). The city sits on this mother river of the Chinese nation, and was originally a settlement of the tribal Qiang people. During the period of the warring states, it became part of the domain of the Qin state which was expanding aggressively all around. Tossed around between different masters, the city is an eclectic mix of cultures today. One would be surprised to know that a large population of Muslims live in this part of the country.

When you are here, one must have the beef noodles. They are indeed the best!

One of the must do activity when in the city is to take a ride on a sheep skin raft. This contraption consists of the skin of a sheep, said to be rubbed with sesame and tung oil along with salt before being tied up tightly like a bag and inflated with air from one end. These bags are then strapped onto a frame, probably strips of wood.

This was before the era of bridges spanning the swift flowing river, thus quite innovative. But since it cannot flow upstream, it is effectively just a floatation device to cross the river.

Well, the construction of the Zhong shan bridge (中山桥) ended the reign of these vintage river crossing rafts, though it was quite enjoyable to sit on one just for the experience.  The water wheel park was also a nice experience too, though it was not an original construction, having put together in the 1990s. 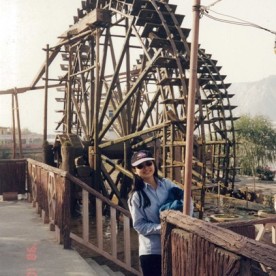 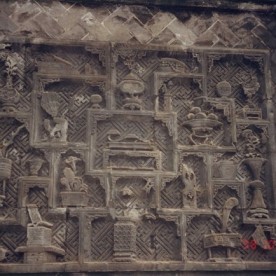 We spent some time at the White pagoda hill (白塔山), where a temple was built in memory of a lama who was on the way to visit Genghis Khan. We did not ascend the white pagoda though, because it seemed to have discolored along with the smoggy air of Lanzhou, said to have one of the worst air quality in China!

And so this adventure ended.

This segment of our adventure had been filled with unique experiences that opened up our eyes. Oh how time have passed since we were there. It has been more than 19 years! In that time, a lot more has been discovered and opened up to the public. And infrastructure should have improved too. No more natural toilets out in the desert we hope!

While it is not the end of the Silk road, we skipped the roads and took an hour’s flight for the balance of 600km+ to modern day Xi’an (西安), the terminus of the trade route and ancient capital of several Chinese dynasties. There, we embarked on yet another exploratory journey. Join us here as we show you what we saw and did. It will not disappoint!

Our journey took place in October 1998