Did you know that the physical north pole of our spinning blue planet is not the same as its magnetic pole? Heheh… for that matter do you know what the magnetic north is? In case you really needed it, here’s a Wiki on this subject.

If this article is accurate, then you might want to update that iPhone of yours soon.

Assuming you read the article in the link above (could be a stretch), you might recall we wrote about the alphanumeric signs painted on the tarmacs of airport runways here. Honestly, after reading this article we are not sure if we are that ‘grounded’ afterall. We mean that the earth beneath us appears to be not only dynamically moving and churning, but at a seemingly rapid clip too!

At the time of writing this post, we had read of large oar fishes (that live at a depth of 200-300m) had turned up on the coasts of Toyama Japan. Their appearances had been associated as being harbingers of impending seismic events. Coincidence or not, Mother earth surely acts in mysterious and many ways. So many things and events are interconnected.

Got you worried. Don’t be. It’s all part and parcel of living on this beautiful blue marble that spins around the golden egg that is the Sun.

Recall our earlier post about travel topics (here) to write about? We are afterall a travel focused private blog though we do have very diverse interests ranging from financial to history & politics.

As you might have read in another post (here), one of the issues for most bloggers is the a mental ‘block’. Authors of best sellers have it, journalists fear it, and it seems bloggers will meet with this too… don’t tell us you’ve not experienced this! Of course we shared a link.

Well fret no further, for even Wiki has a link for those who run out of ideas here.

Of course the links and suggestions we have shared are but just ideas. And the creativity in you will surely morph them into something else. Something unique, with a different paradigm or focus. Good luck! 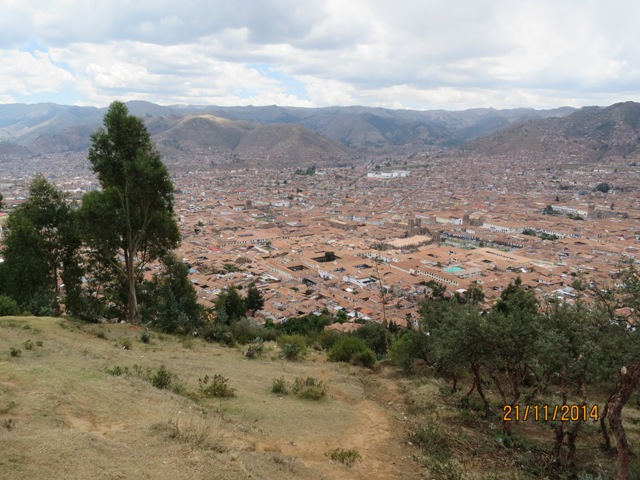 Recently we read an article that focused on the Duchess of Sussex. As you all might know, Mel & Suan are republicans – ie we are do not believe in nobility. But the article was not about all of those things. It was all about what the Duchess said she cannot do without while on journeys.

Did not read the article?

Well, let us summarize for you. Essentially the commoner turned duchess shared her personal tips for travel, including what she would bring with her to meet exigencies that may crop up. Such as little nicks and stings.

Mel has a sinus issue that acts up whenever the plane descends. The pressure somehow acts on his inner ears that cause severe pain. So much that he’d have a headache that might lead to a flu later on… knock on effects one might say. So what is his panacea? A couple of pairs of ear plugs. It also helps reduce the noise beating on one’s ear drums (yeah it can get to 105 decibels at takeoff).

So what are the things that you cannot “live” without while on a journey?

Well, it seems that public housing in Hong Kong has in recent times become another aspect of attraction if you read this article. It is said that more than half of the special administrative region’s population lives in such housing. As you probably imagine, this is such a juxtapose from the glitzy skyscrapers and beautiful buildings in the business centre of the city.

Now we in the little red dot too have public housing that supposedly house 80% of the population. Like those in Hong Kong, they were built to house the homeless masses in the 1960s that were living in squalid conditions. The difference though, is that the public housing in our little red dot is not only owned by their residents, but also maintained to such a standard that one might mistake them for privately built flats…

Ok, well not all of them. The older ones do resemble those in Hong Kong, but they are regularly spruced up with renovations or augments. All efforts made to ensure living conditions are not compromised and neighbourhoods degenerate into slums.

You might have seen that we are in the midst of the MRT series (here). Every week we post about the neighbourhoods around each of the stations. Invariably this will include glimpses of public housing clusters. Look out for them!

Have you visited the red dot’s public housing too when you were here?

If you thought this post is one more piece about our island home (aka the little red dot), well sorry. Not so! Well it is about an island, though one that is not set in the sea. Huh? Yup, this island is now lush with vegetation where it was once barren and devastated. And it is now home to an incredible assortment of residents.

This is definitely dedication.

Jadav spent the better part of his life planting a tree every day on the river island of Majuli in north-eastern India (story here). Here is a man who spent time and effort performing this tree planting feat which covers more than NYC’s Central park over a period of almost 40 years (wow this number seem to be repeated oft times on this blog).

It is stories like this that provide some hope that indeed we just might have a chance at working to mitigate the effects of climate change, albeit a little limited now that we are so far along the curve.

Our little red dot has been fortunate that we had a leader who had that vision more than 50 years ago to do the same. And today we reap the rewards of living on a lush island full of green too. Don’t you wish there are more people like Jadav? Can we be like him too?

Because it appears that this still appears to be a oft cited criteria for some folks when it comes to the badges of honour. You know, we do have a certification program that awards you the right to specific title depending on how well travelled you are. How many countries can and will be one of the criteria. More here.

We wrote about this some time ago (here). Sure we are no Sir Attenborough or the Queen. Certainly we’ve not come anyway near what James did (which is to touch all the sovereign countries on the planet). But is it of any value to compare oneself to the feats that these folks “achieved”? What do you think?

So we postulate. Some might know of Maslow’s hierarchy of needs. In that theory, it appears that after sufficiently being able to sustain oneself, we humans tend towards altruism of some sort. We begin to seek achievements and recognition. If not in academics, the corporate game, or in this case how well travelled one is?

Our conclusion? It’s perfectly normal to country count. Did you know we also country count? And it is so blatantly presented on this blog site for all to see. Heheh… can you spot it? Wanna hint?